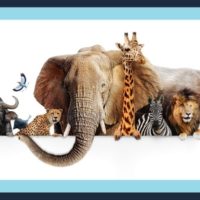 We’ve already shared some fun trivia facts about your own mouth.

But, did you know that humans aren’t the only species with really interesting teeth?

Every animal has its own dental problems and quirks, and some of them can be downright weird.

1. Snails have the most teeth of any animal

Snails teeth are not like regular teeth. A snail’s teeth are arranged in rows on its tongue. A garden snail has about 14,000 teeth while other species can have over 20,000. But that’s not even the most shocking part: The teeth of an aquatic snail called the limpet are the strongest known biological material on Earth, even stronger than titanium!

2. You can tell a dolphin’s age by its teeth

Just like trees, dolphin’s teeth have rings inside them that tell how old they are. Their teeth are permanent, but they don’t use them for chewing—dolphins swallow their food whole because they have no muscle in their jaws. 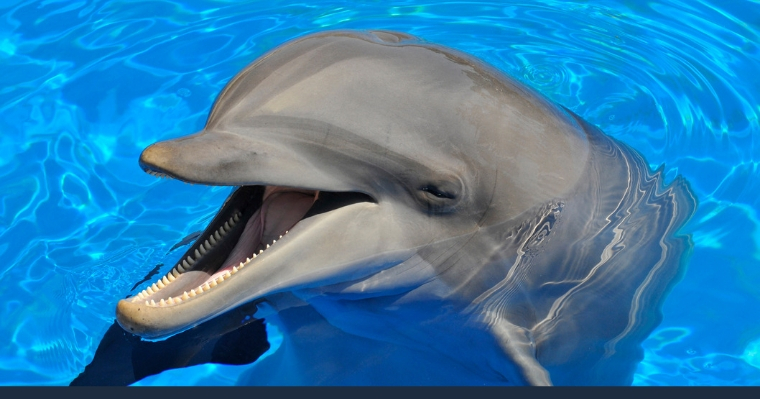 3. Giraffes have no upper front teeth

Just like humans, giraffes have 32 teeth, but most of them are positioned in the back of their mouths. They use their lips and 20-foot long tongues to grab leaves and twigs and grind them up with their back teeth.

Sharks’ teeth are positioned in rows within their mouths that simply move forward as they lose them. They usually lose at least one tooth per week—that’s why you can find so many shark teeth on the beach. 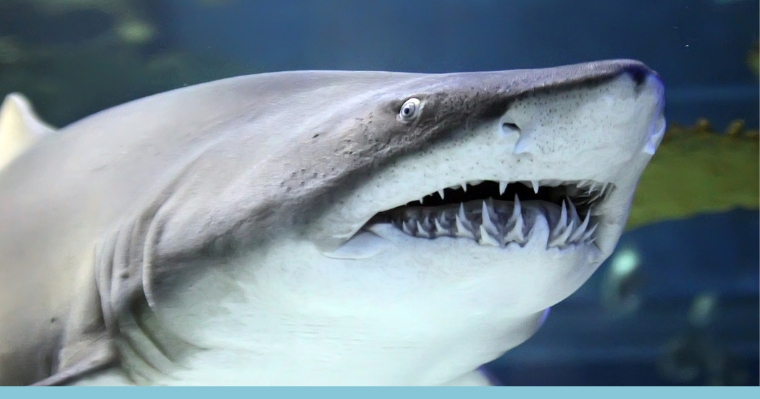 5. Rabbits, squirrels, and rodents have teeth that never stop growing

They have to chew on tough foods like nuts, leaves, and bark to wear down their teeth and keep them from growing too long.

6. Hippopotamuses have the longest canine teeth of any animal

At three-feet long, the incisors of a hippo can bite right through a small boat.


In fact, that’s where the popular saying “long in the tooth,” meaning old, comes from. As horses age, their gums recede and expose more of their teeth, making it look like they’re actually growing. 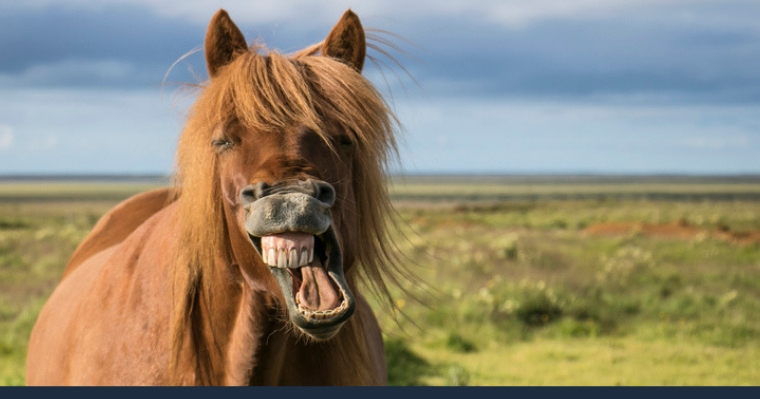 It’s scientific name, Monodon monoceros, comes from the Greek term meaning “one-tooth one-horn.” A narwhal’s horn can grow longer than 8 feet and is used to “taste” the concentrations of chemicals in the water around it to find food.

9. Blue whales have no teeth

Even though they’re the largest mammals in the world, blue whales only eat tiny shrimp called krill, so they don’t need teeth. Instead, they have bristle-like filters called baleen that comb through the water for food.

10. Most animals don’t get cavities because their diets aren’t high in sugar

They also chew on more hard or rough materials than we do, such as bone or tree bark, which help to keep their teeth clean. However, domesticated animals can develop cavities if they eat a lot of sugar, so our dentist in Woodstock, Dr. Kenneth R. Eye wants to remind you to keep your pets’ consumption of sweets and other human food to a minimum.

Who knew animal teeth were so interesting?

That was fun, wasn’t it?

Did you learn something new and interesting? We hope so!

One thing is sure, no matter who the teeth belong to, man or animal, healthy teeth are important! Our dentist in Harrisonburg can help you keep your smile in tip-top condition! Just call our Harrisonburg office at 540-434-5500 or our Woodstock office at 540-459-4341.

Do you know an interesting fact about animals’ teeth that’s not on our list? Share it with us in the comments section below!

Editor’s note: This post was originally published in October 2016 and has been completely revamped for comprehensiveness and timeliness.